Alternative Medicine | Down to Earth Organic and Natural 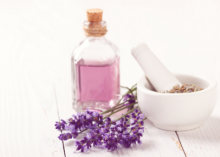 What essential oils are great for a good night's sleep? Below is a quick list from Carmela.

By now, you’ve probably heard of kombucha, the popular fermented beverage that’s taken the health world by storm. The slightly slimy, vinegar-like concoction of tea, yeast and bacteria isn’t new; in fact, some believe it’s been around since the year 220 B.C. in Manchura.1 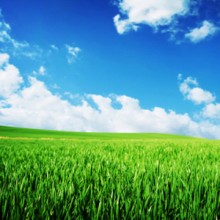 Wheat grass and micro algae consumption throughout the world, especially in western countries, has sky rocketed in the recent years. However, the dietary use of these substances is nothing new. It has been discovered that in both South America and Africa cereal grasses such as wheat grass and micro algae have been used internally for nutrition and externally as an antiseptic healing salve. Today, we generally use these substances as a supplement to improve our health and vitality. Individuals that use them regularly enthusiastically testify to their amazing healing properties.

In the not-so-distant past, Aspirin was virtually the only non-prescription pain reliever on the market. It was the solution for anything from headaches and fever to cramping and arthritis.

The newspaper headlines were alarming: "Hormone therapy too risky, study says. Increased chance of cancer among long-term effects." These headlines were no surprise to me, a post-menopausal woman who is part of the nationwide, federally funded study, "Women's Health Initiative." This study started in 1991 and includes 265 women in Hawaii.

It wasn’t long ago when Noni Juice was all the rage. High in anti-oxidants, used for centuries by traditional healers, impressive testimonials for dozens of health ailments. Sound familiar? With such a bitter tasting juice commanding so much attention, it’s no surprise that the tangy tasting goji berry has now stolen the limelight.